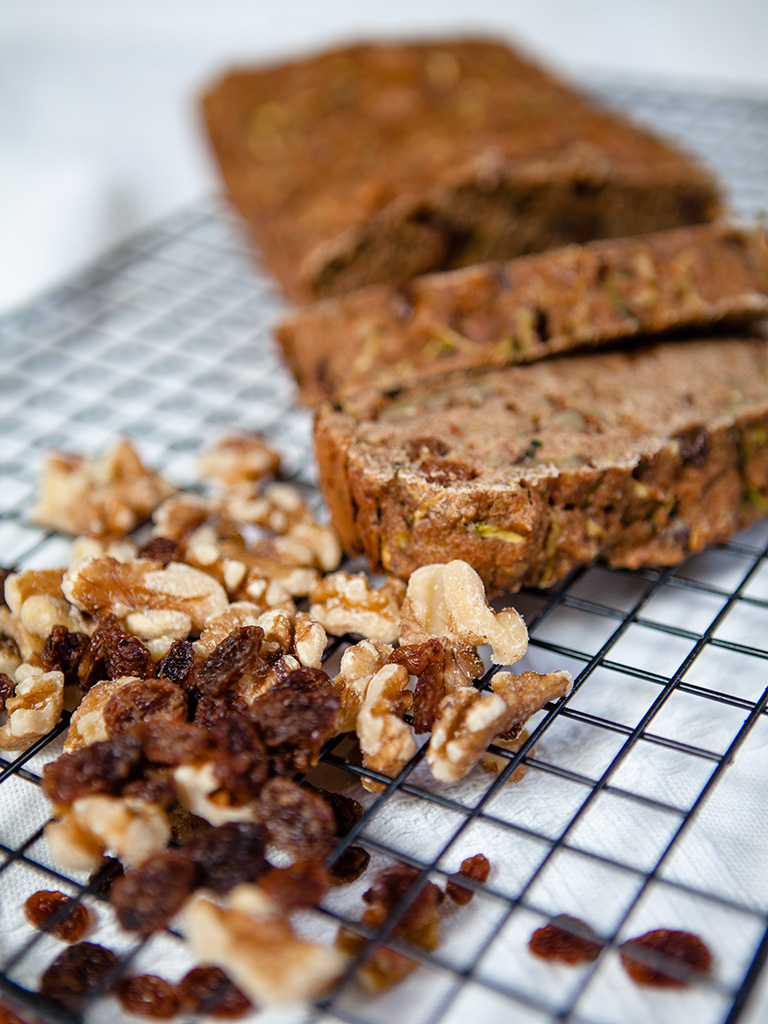 Yeah, our brand new king sized sleigh bed has arrived! Only issue is that we now have to build it, any takers? We got up early waiting for it to arrive so found time to do a spot of baking. We got both bikes out and decided to ride down to the gym since it was such a nice sunny day out. It’s only a 15 minute ride so not too bad. After the gym Philip had a relaxing cup of decaff coffee at Tamp Coffee Cafe. Trish had a revitalizing bottle of healthy green juice by [RE] fresh juice company. This organic raw juice had kale, cucumber, romaine, celery, lemon and sea salt. Philip had a cheeky organic homemade blueberry muffin.

Saturdays are usually spent driving around finding ingredients and fresh produce for the week ahead. This usually takes us to three different grocery stores since one doesn’t have everything we need. Anyway back to my zucchini loaf, this is a moist and delicious bread loaded with walnuts and raisins. It’s a great thing to have around when craving a yummy treat, it’s also great for breakfast with a smear of peanut butter. 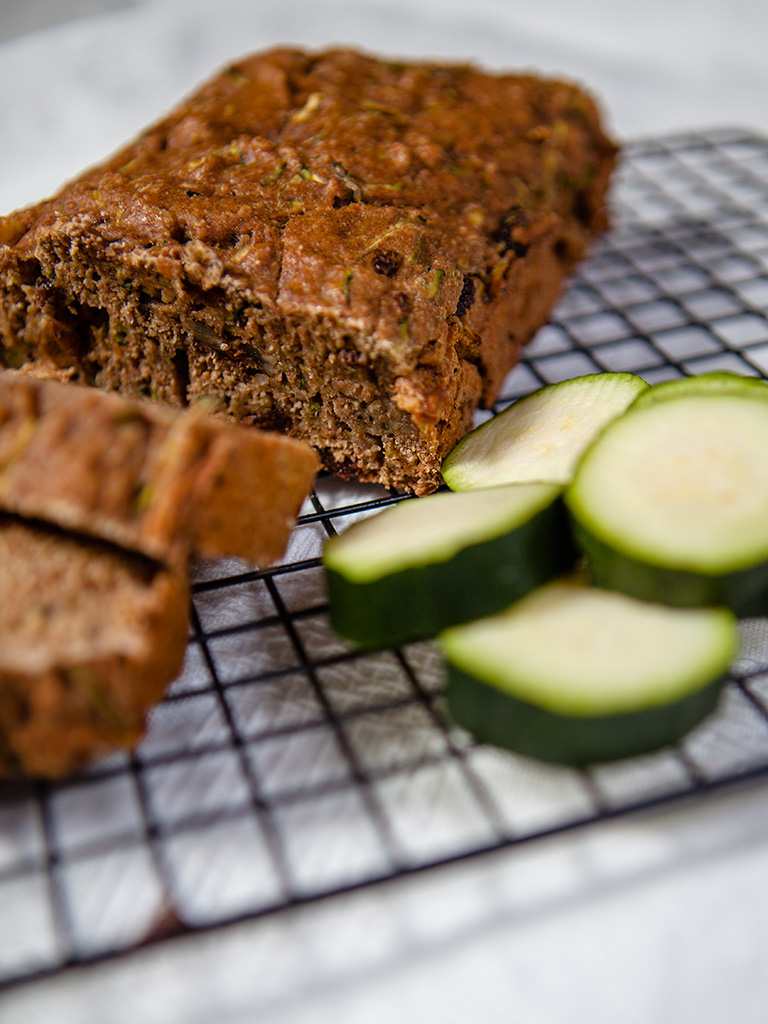 I used spelt flour in this loaf, but any whole wheat flour can be used with similar results. Together the cinnamon and nutmeg bring out the rich flavors in this bread. 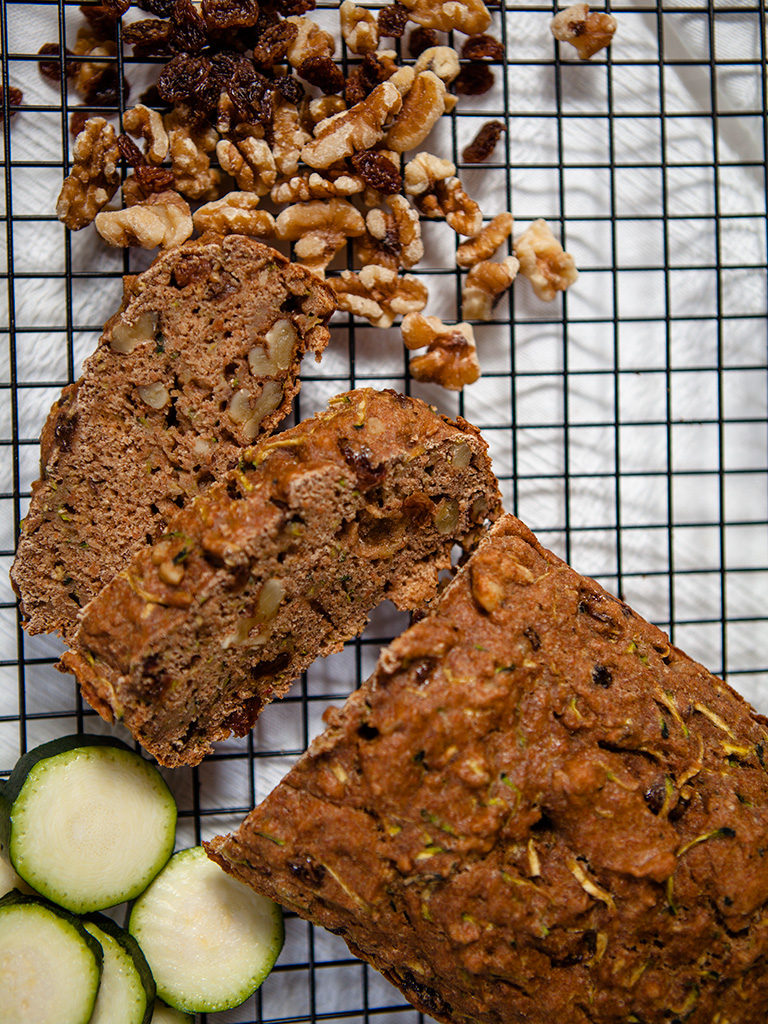 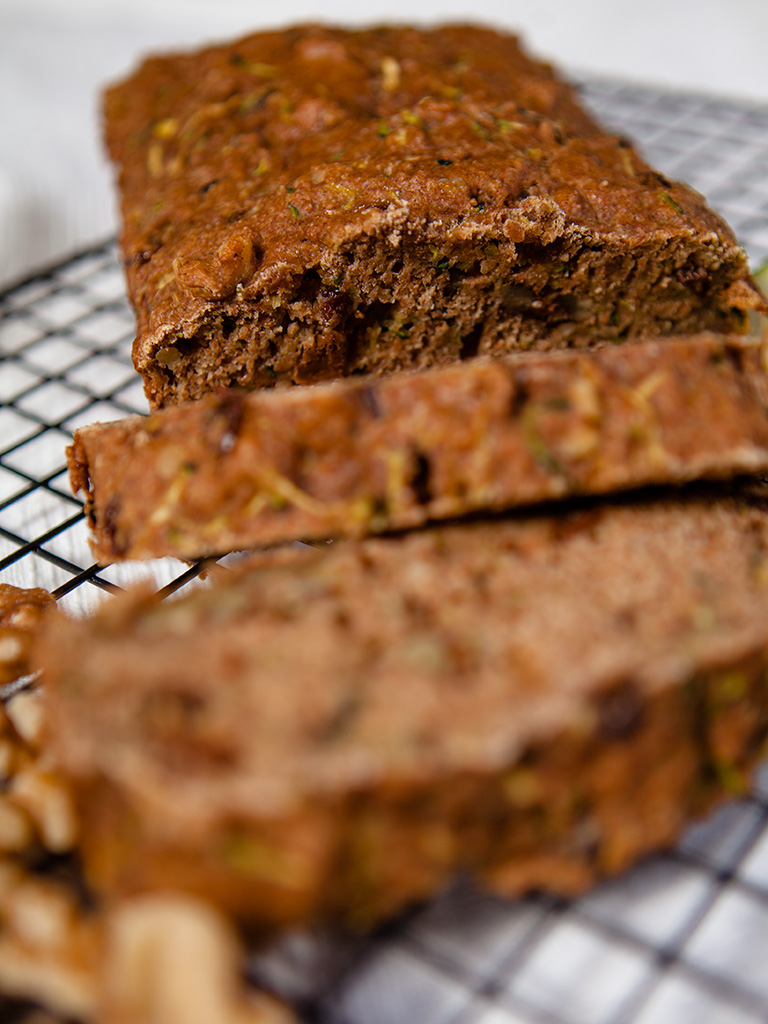