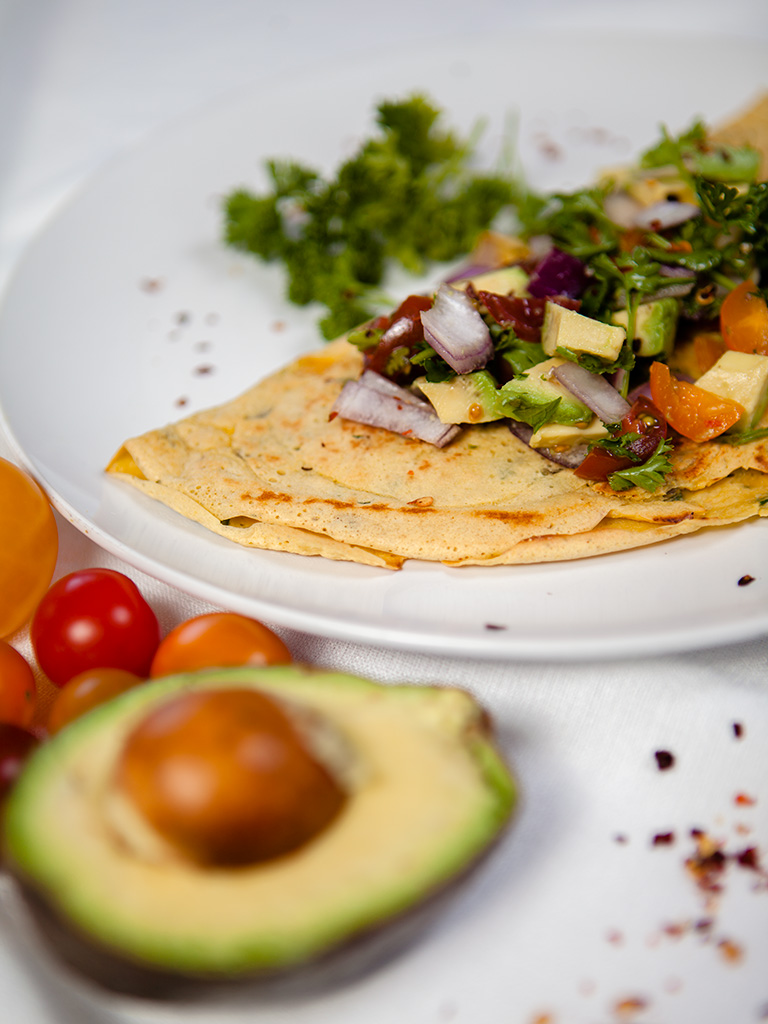 Last night “the boys” stayed up late to watch the live Youtube stream of the California music festival Coachella. Did anyone else catch it? Jack White played a great set. They really enjoy watching the earlier shows which showcase the new upcoming bands. The weather is always glorious, sun, hot and never raining there! That’s why we loved last years visit to San Diego and the LA area. We also woke up to a beatiful sunny day today the temperature was about 15C and sunny. So when its a nice Sunday morning what better to do first thing in the morning than a bike ride followed by a nice jog along the beach front of Lake Ontario. There’s a really nice trial from Brant St all the way to the old Burlington lift bridge which is about 6k in all. We decided to run right along the shore line on the sand, it’s much easier on the knees!

We are very lucky to live in such a beautiful city, but running along the lake we saw lots of litter thats been washed up over the long winter season. Everyone has to do their part in cleaning up and keeping the area clean. It’s upsetting to see all this garbage lying around and floating in the lake. If everyone took a few extra minutes to place it in the appropriate garbage bins (or take it with you) we’d all be happier, healthier and so would the planet! It was so nice bike riding with just a shirt and no coat, really does feel like summer is around the corner. After a great workout it was time for a Sunday brunch, for us it isnt eggs anymore it’s Vegan Spinach Chickpea Omelette. For me this chickpea omelette really does taste like a regular omelette, it has the same texture, consistancy and looks just like an omelette. This omelette recipe is great because you can add any of your favourite veggies and even some vegan cheese. Make it spanish, mushroom or western the choice is up to you. 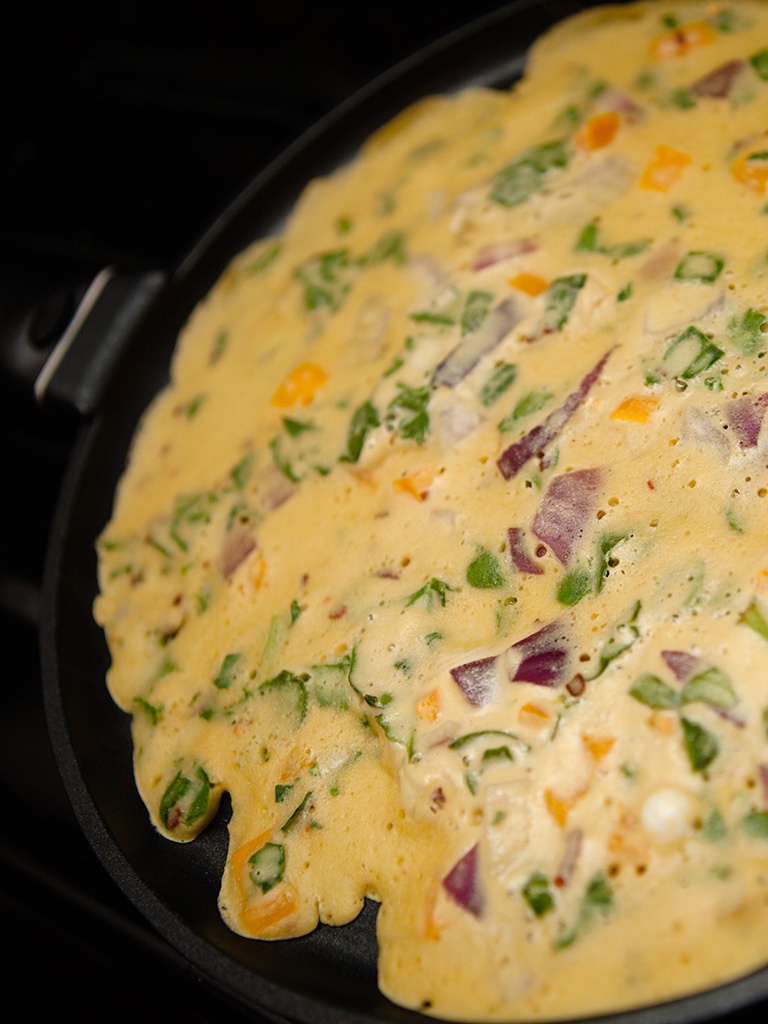 When cooking the omelette leave it to bubble like you would a pancake before flipping it in half. It really would be easier if I had an omelette pan, maybe next purchase for me! 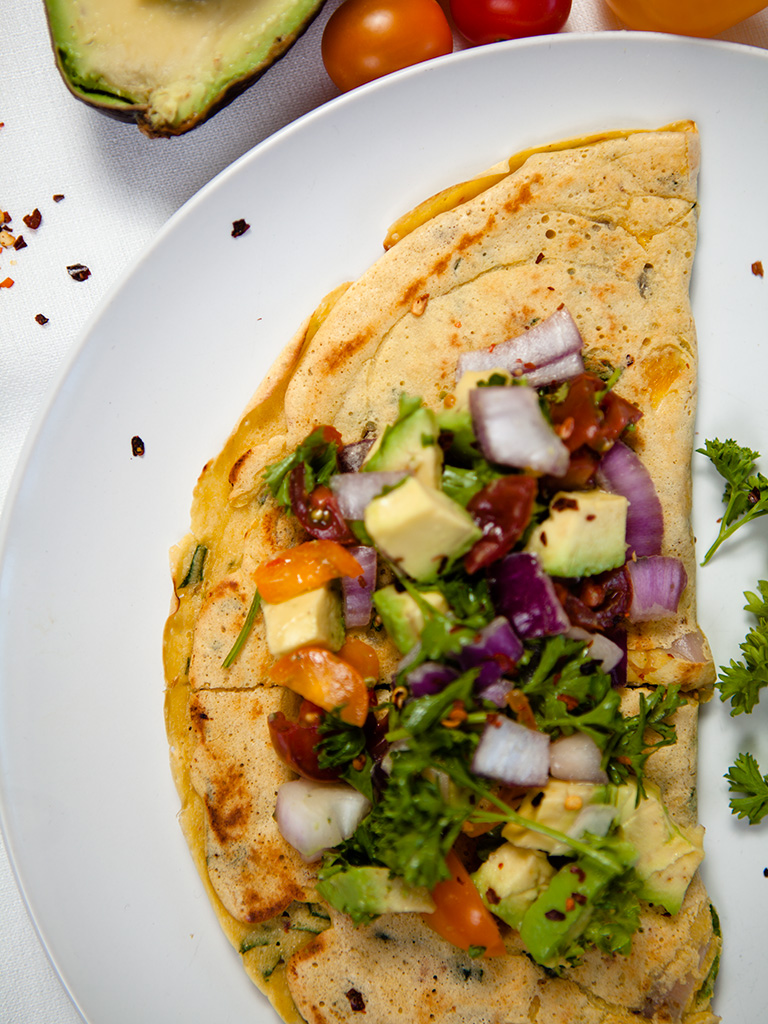 I topped my omelette with some of my favorite veggies, it’s a mixture of chopped red onions, parsley, cherry tomatoes and we cannot forget the avocado. 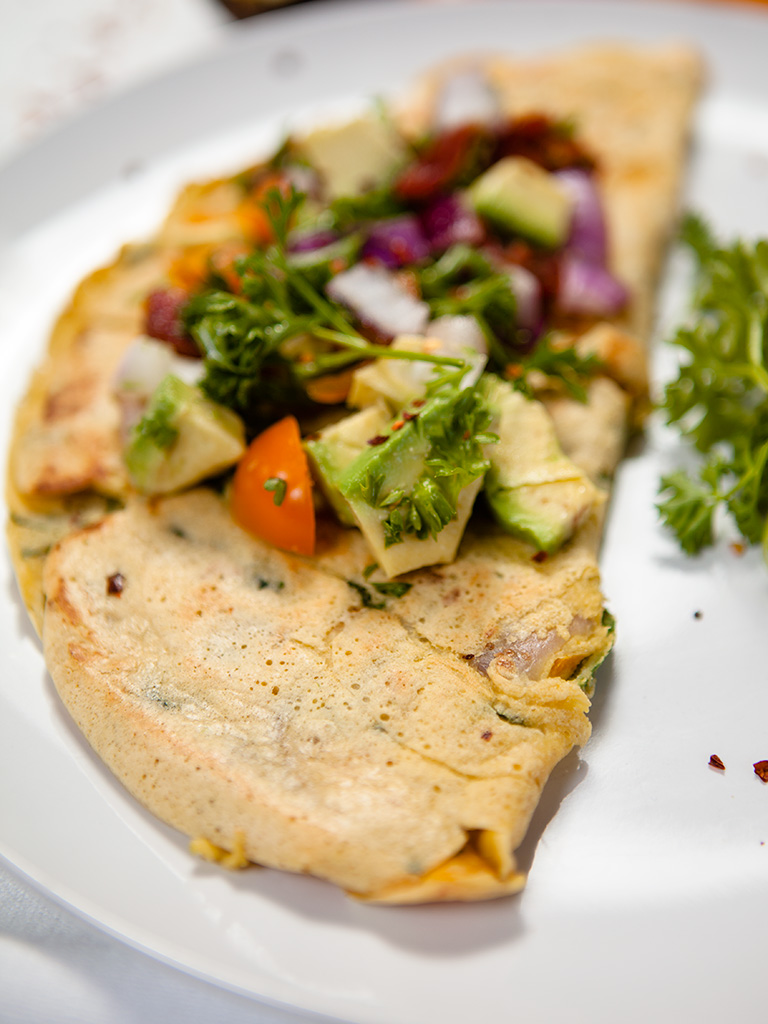 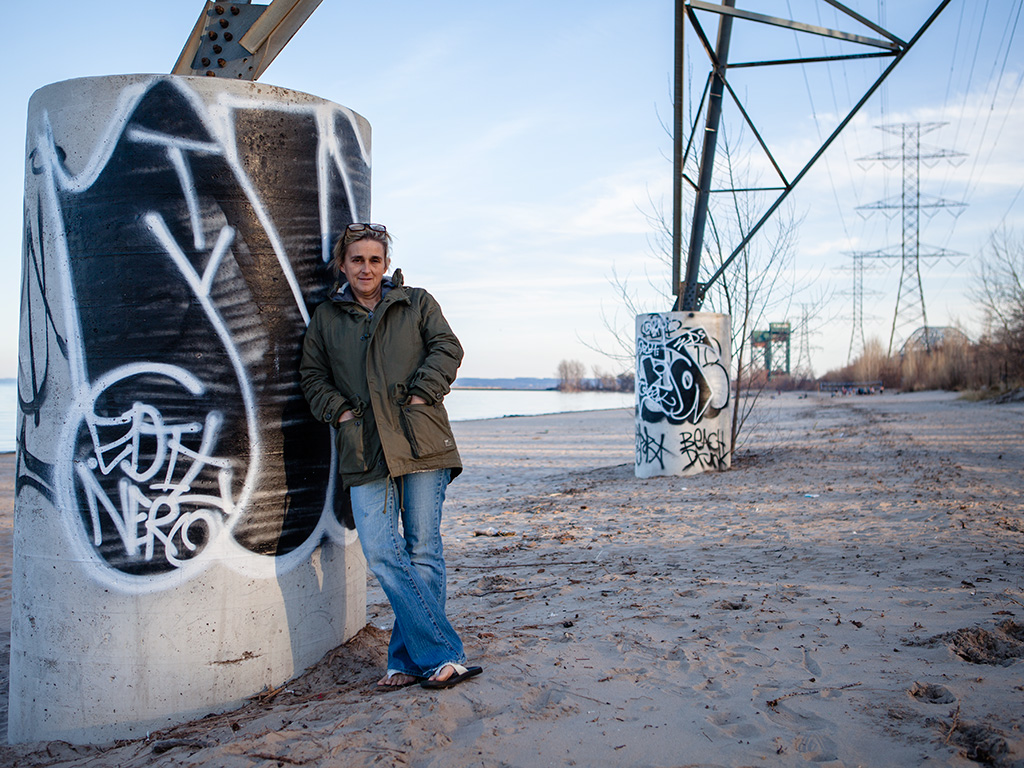 We had a busy day but decided to take an early evening stroll back to the beach that we jogged along this morning. No California beach, but still a beach to us. 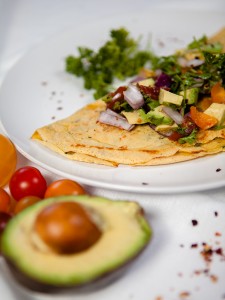