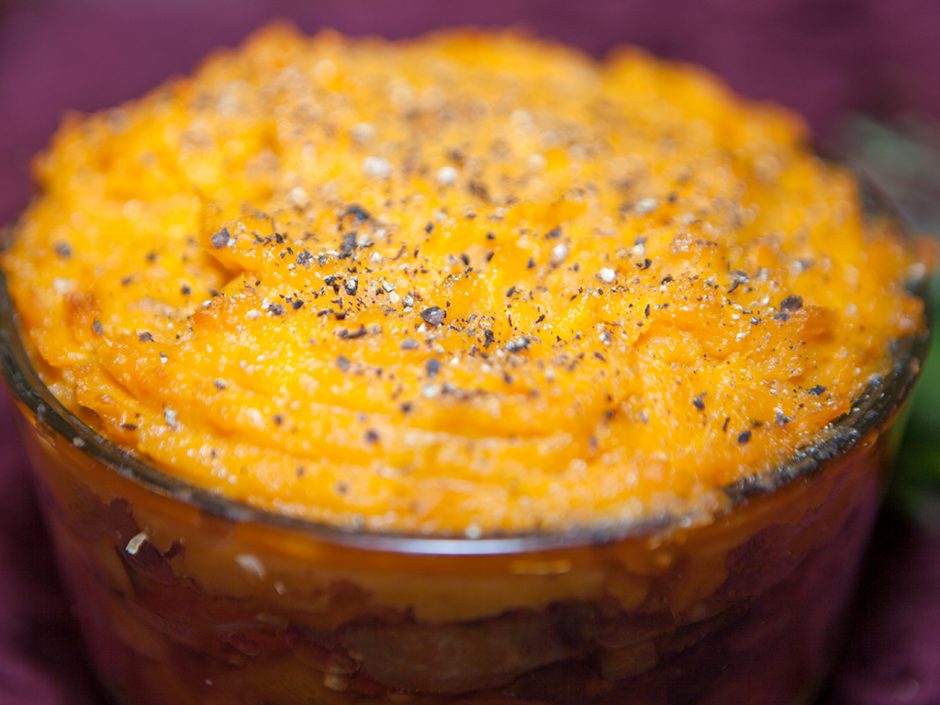 One weekend we were away camping in Southampton Ontario and we went into a small restaurant for dinner. On the menu was a vegetarian Ratatouille pie. My husband decided he would try that being vegetarian not vegan. He said it was delicious, so I said I would make a vegan version of the recipe.

I love sweet potato but Philip is not so I decided to make individual dishes to suit everyone’s needs. He had his with regular potatoes and the rest were made with the sweet potatoes. The recipe can be made as one large dish or individual bowls. 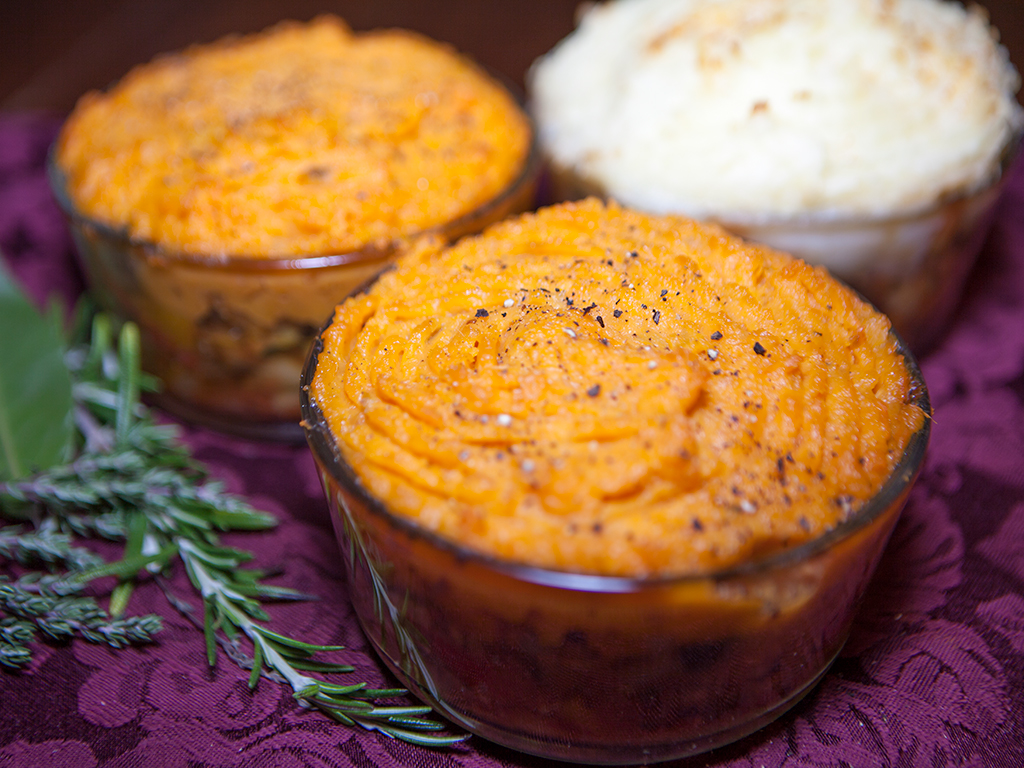 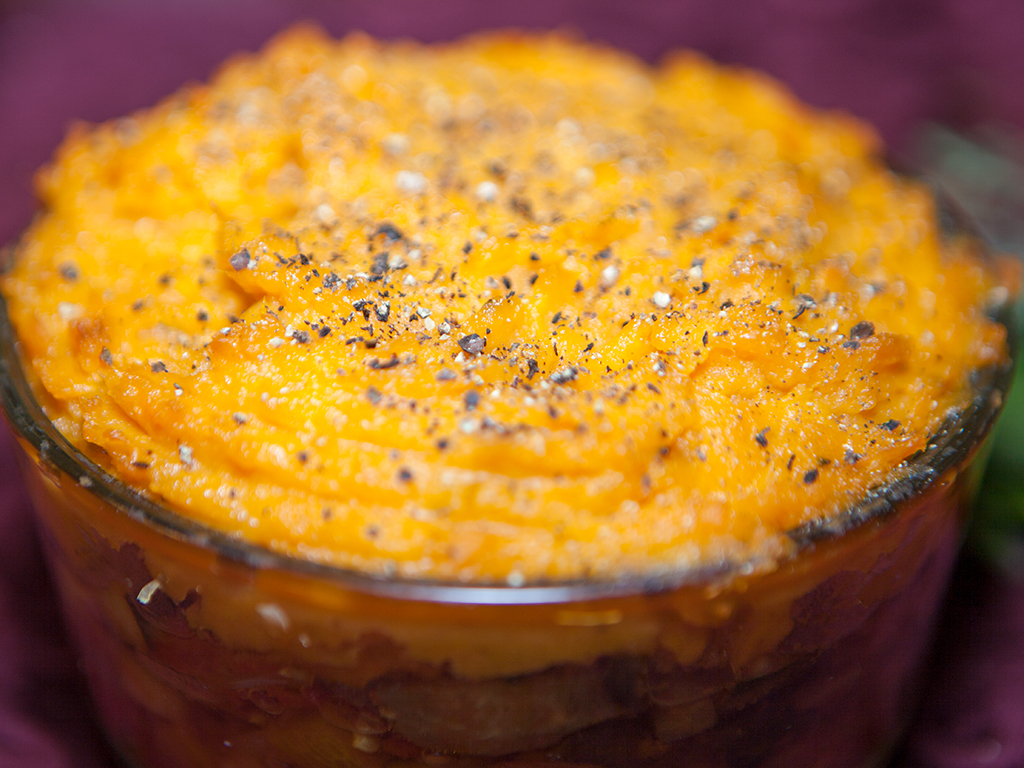