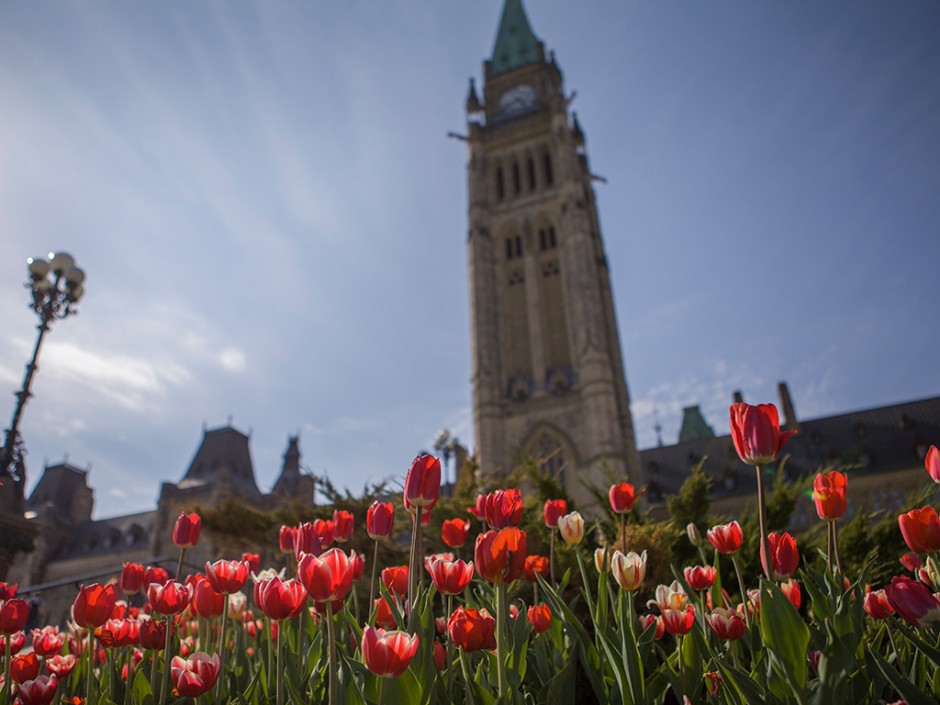 Well, Philip had a good day at his Ottawa office getting all that IT stuff working. He took Ethan with him since he is “learning” the ropes at his job and soon will be hired as a junior IT staff. I spent the day with Jordan exploring this wonderful city of Ottawa Ontario. We walked around the parliament buildings although it was very hot out, not that I’m complaining. We took a stroll to the famous Byward market in the center of the town, It’s full of cafes, vendors, restaurants and of course fruit market.

Having Jordan with me meant we had to venture to a toy store to get some Lego for him, we really cannot go anywhere without him getting a little something for his huge Lego collection back home. He also had to have his McDonald’s fries, so we sat by the Rideau Canal while he ate them. Philip finished work around 3:30pm and met us back at the Marriott hotel. We went for a great relaxing and fresh swim to start of the evening. After the swim we had a stroll down to the parliament builds to see the tulips as it’s the tulip festival here in Ottawa. 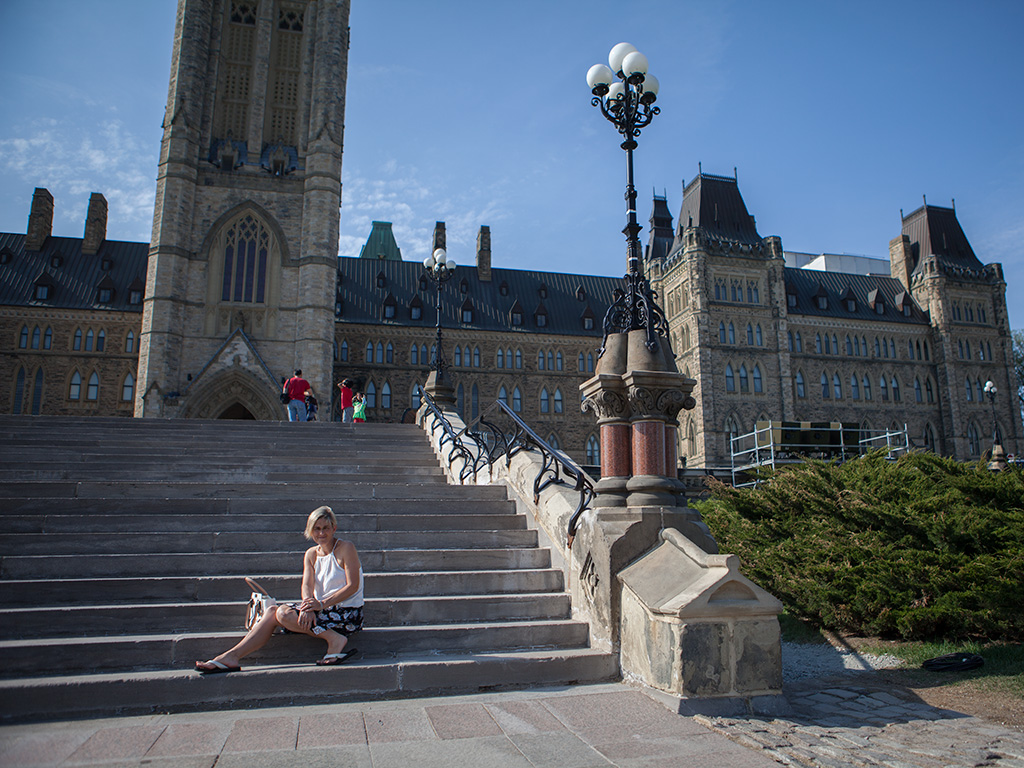 Strolling through the city on a 29C day is thirsty work, so we decided to find a nice bar/pub to have a refreshing pint. We dropped the teens off back at the hotel and ventured out. We found a great rustic pub near the market called The Black Tomato. The bartender was a real character mixing his drinks, he had his own tray of personal mixtures that made his drinks really his. 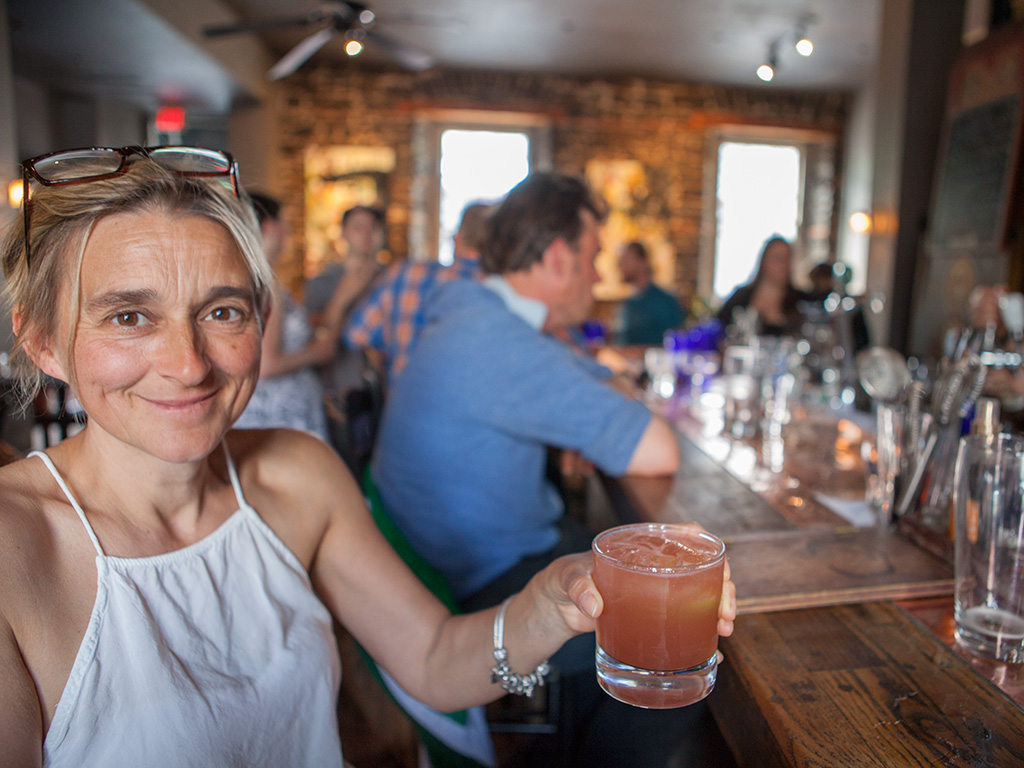 Philip had a couple Nita ten12 beers which are a local Ottawa beer, very refreshing! I chose to have a rare mixed drink called a hot dream, a tequila based concoction. He didn’t want to give away his secrets lol. It really was entertaining sitting there watching him mix his drinks like it was an art form, he was a super nice guy too. After that adventure we were all hungry for some dinner, we chose a spot called Mama Grazzi’s Kitchen since we promised Jordan noodles for dinner. It was a great choice because it suited everybody, having a vegan, vegetarian and meat eater in the family. We all shared some great bruschetta for a starter. 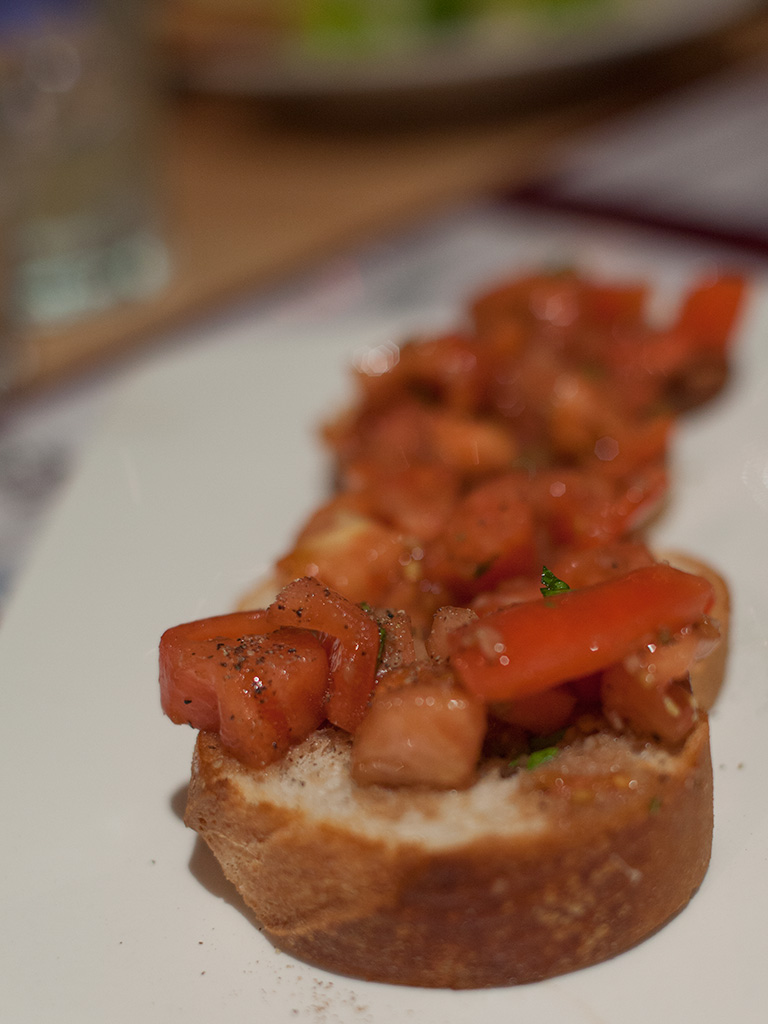 I also had a big ass green salad that Philip conveniently helped me finish off. 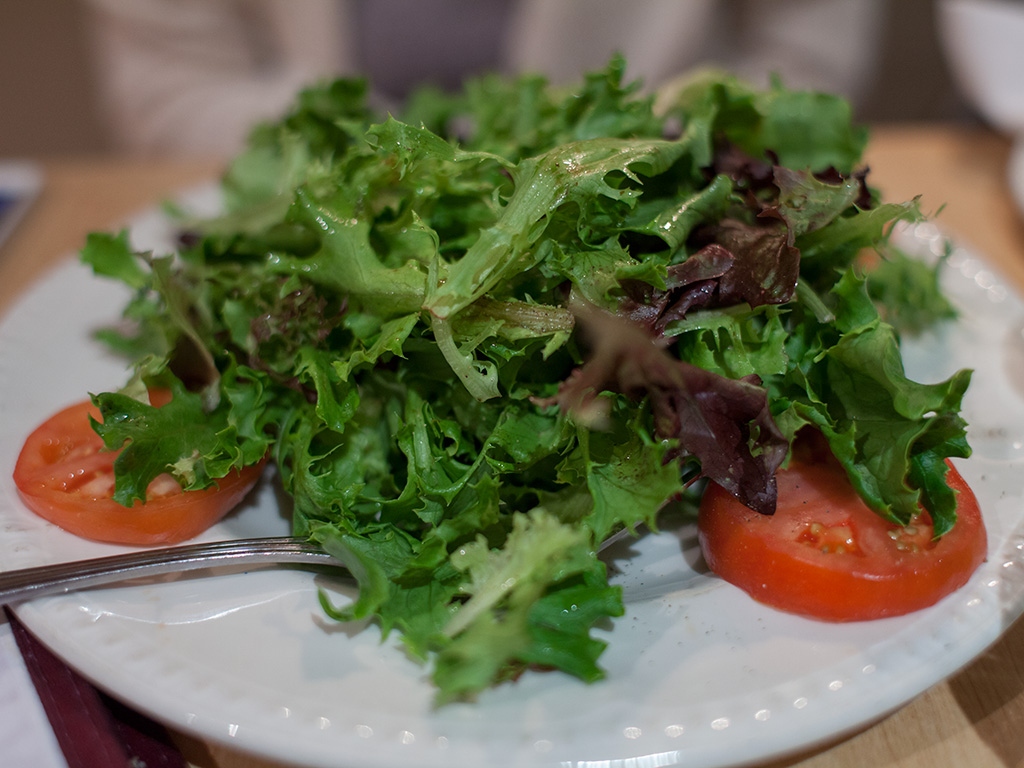 A very simple mixed green salad with some fresh tomatoes, very yummy. I chose to have a great pasta dish with eggplant, zucchini, snowpeas and red peppers all in a tomato sauce. The waitress was one of the happiest girls we’ve seen in a long time, always laughing and making sure we had everything we needed. 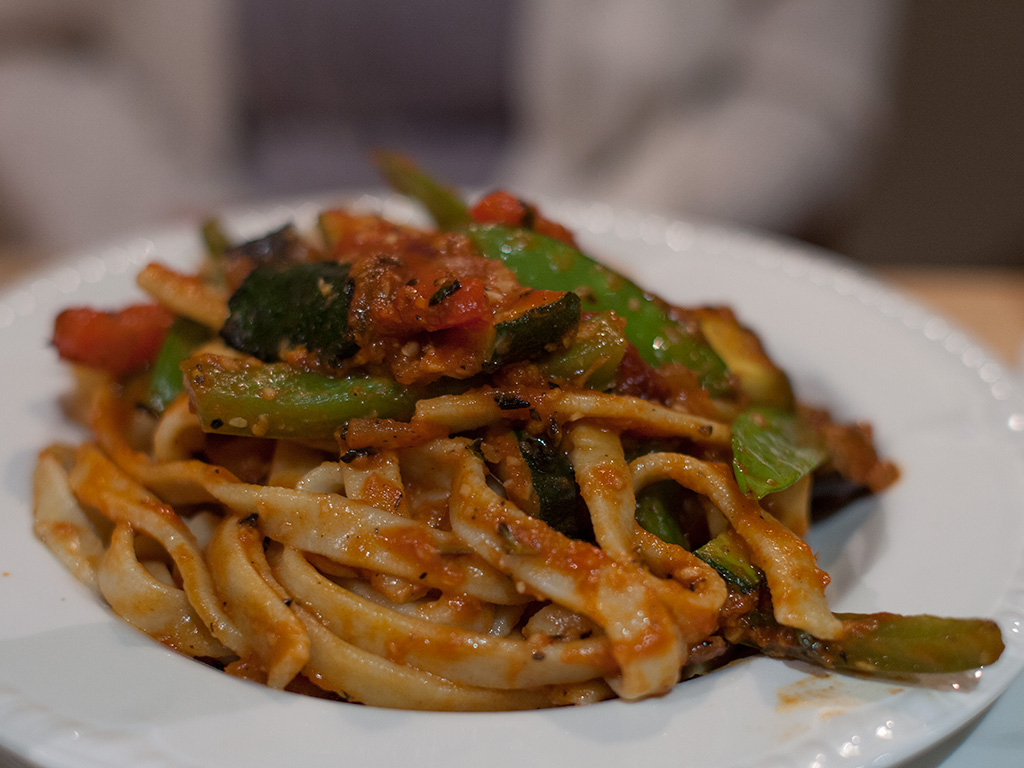 This was a great tasting and filling vegan dish, so glad I was able to find a meal that accommodated my diet. After eating our dinner, which was a late one we decided to head back to the Marriott. It was a beautiful evening. 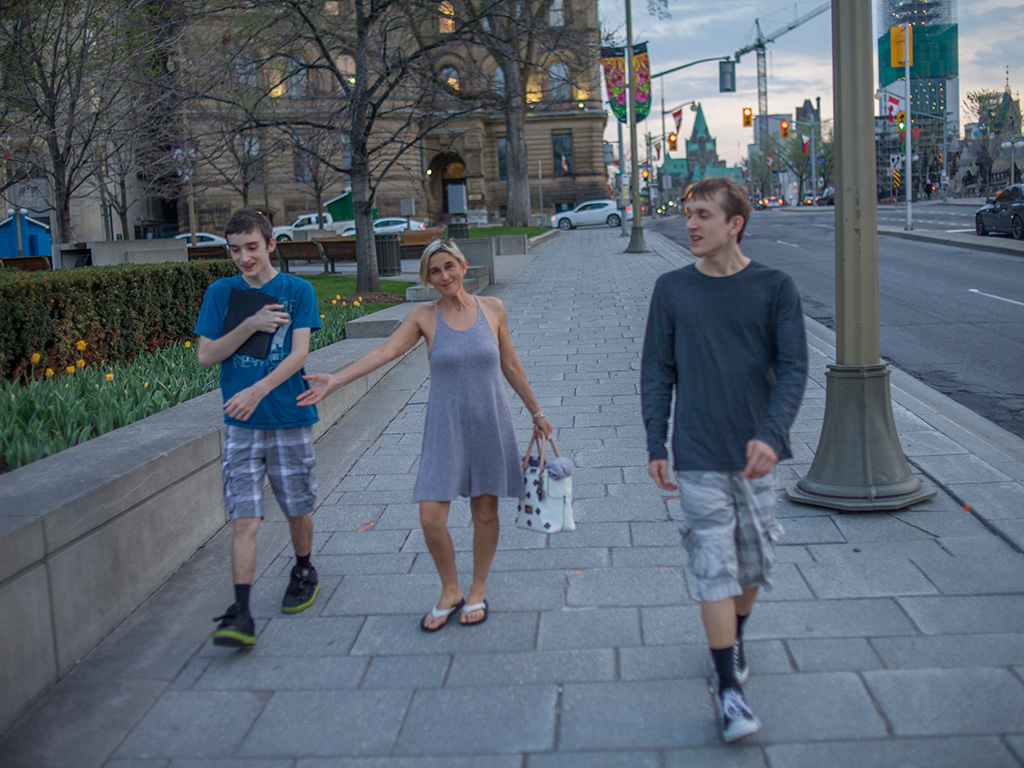