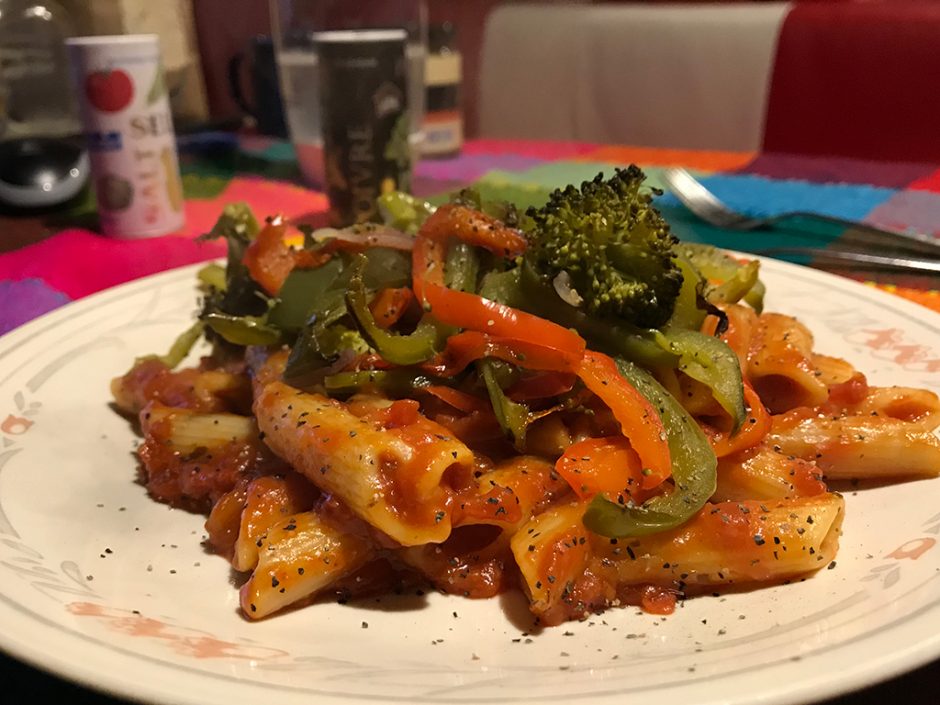 We went on our very first trailer camping weekend of the season this May 1st. We decided to go to one of our favourite sites near Collingwood which is Craigleith Provincial Park just outside of Thornbury on the coast of Georgian Bay. Even though its already May the weather wasn’t cooperating. It was hovering around the 0 degrees Celcius temperature (in other words freezing!) Luckily our trailer has a nice gas furnace to keep us toasty and warm. Not being the best planners in the world, We did however run out of gas and had to fill up the tanks.

When we woke up the first morning it was a little nippy out to say the least. Our freshly brewed Americano Decaf coffee kept us a little warmer. We spent the morning in downtown Collingwood doing some grocery shopping and having a nice coffee at the Expresso post cafe located on Hurontario St which is the main busy high St in Collingwood. 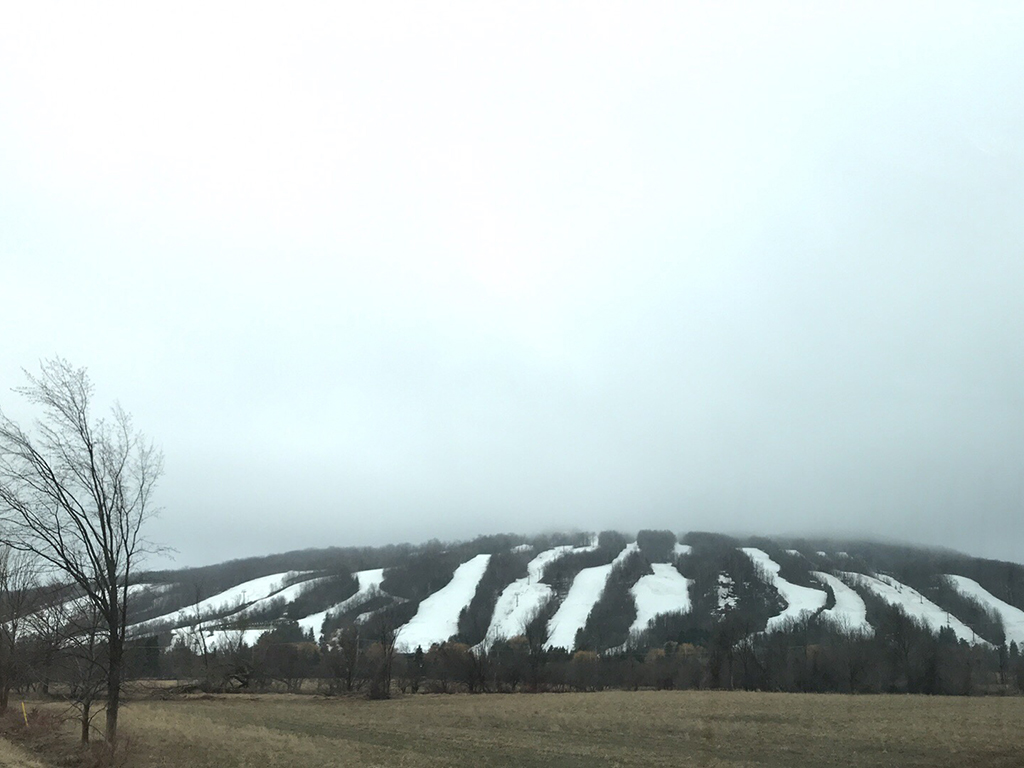 It’s busy with cafes, restaurants and good shopping. After our adventures in town we got thirsty for a nice local craft brewed beer, so we decided to vist Collingwood brewery. Tricia spoke to the brew master and asked weather they were vegan or not. To our delight all their beers are 100% vegan! What a joy to our ears! Since it’s way too cold out for a BBQ and fire, we decided to have some pasta and vegetables for dinner inside the trailer where it’s nice and toasty. We visited a local cheese store to see if they carried vegan cheese but they dint. They did however have some nice local vegan Penne and Arrabbiata sauce. The Pasta sauce is from a company called Menu which is an Italian company located in Medolla Italy. The ingredients consist of tomatoes, onions, herbs, olive oil, salt and rice starch. The pasta sauce is ideal for spicy bruschetta or pasta. Since we bought Italian pasta sauce we also chose Italian penne noodles. The company is Rustichella D’Abruzzo, also located in Pianella Italy. The penne has simple ingredients that consist of durum wheat semolina and water, no preservatives and other ingredients that you can’t pronounce! 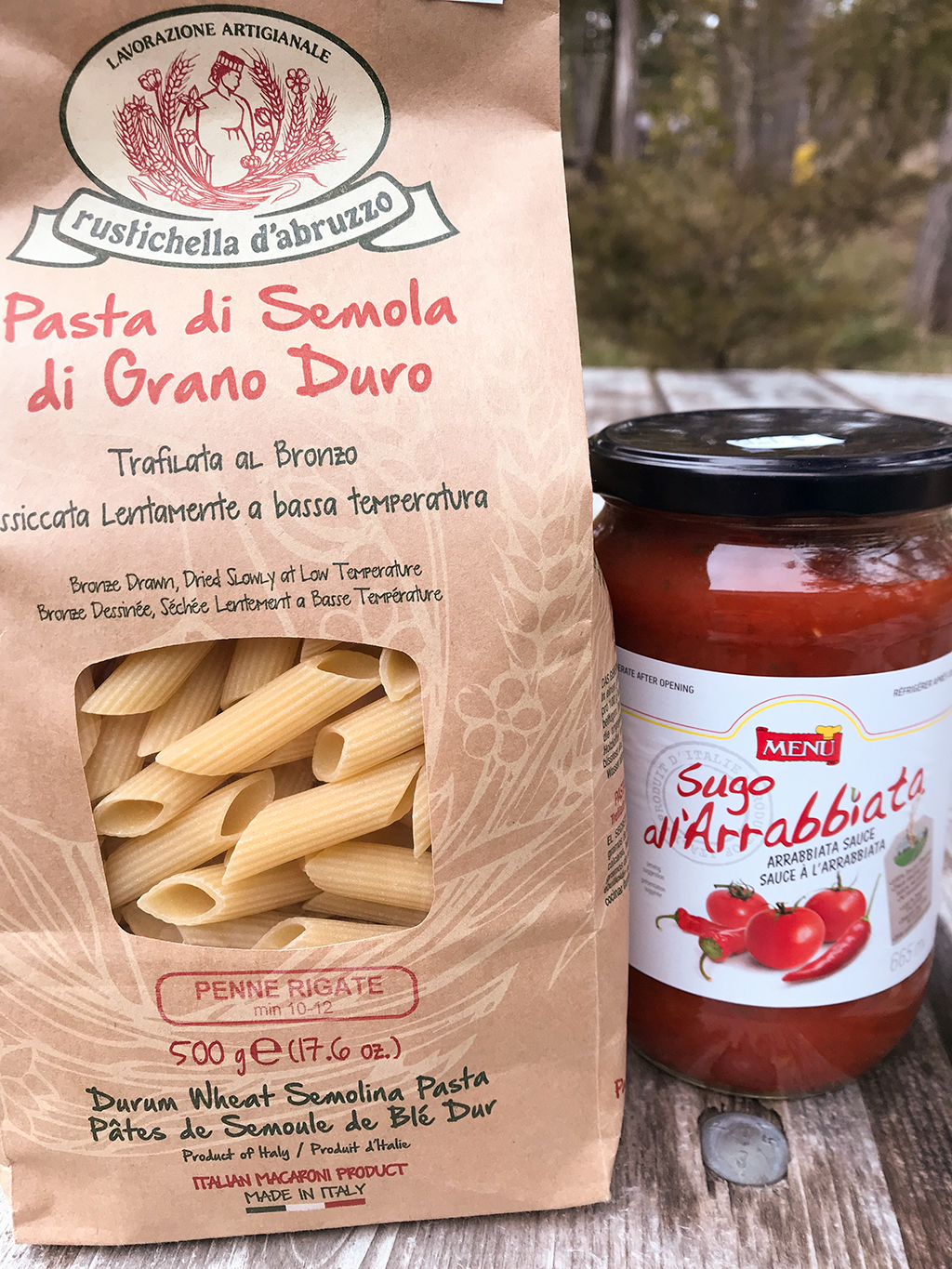 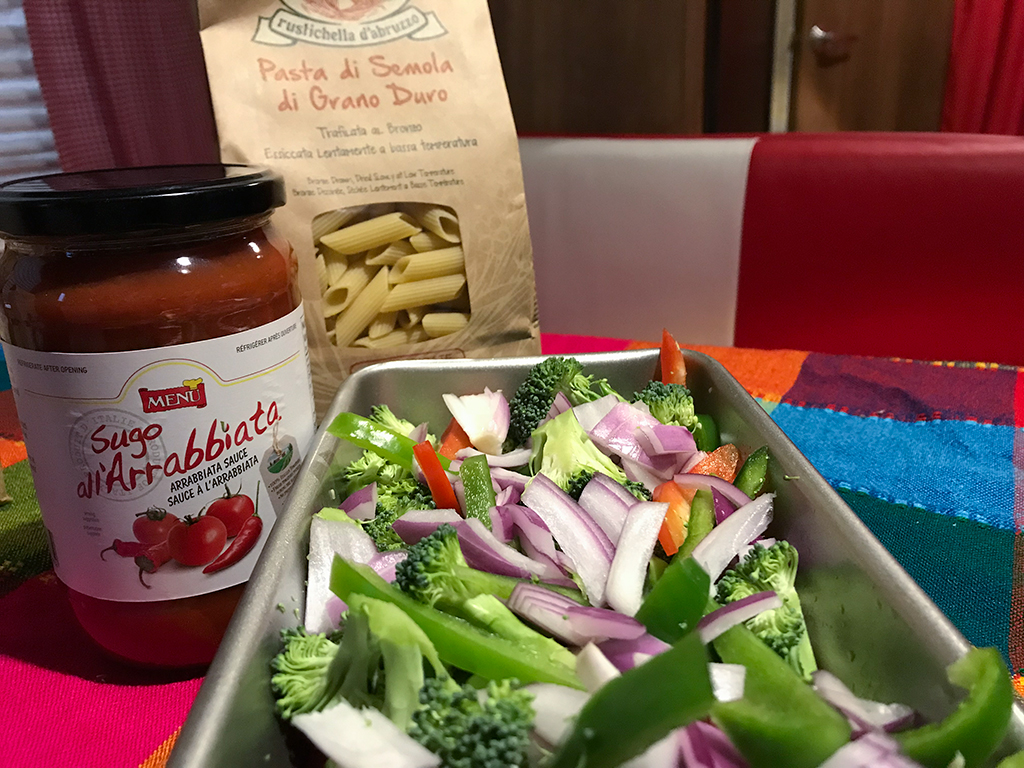 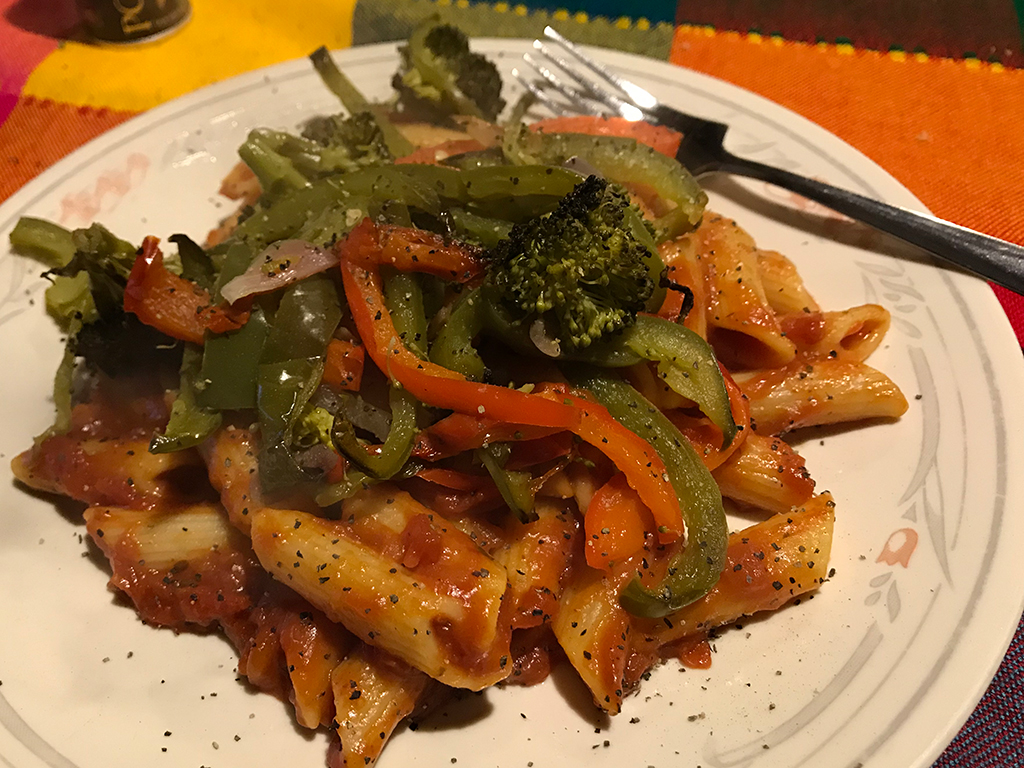