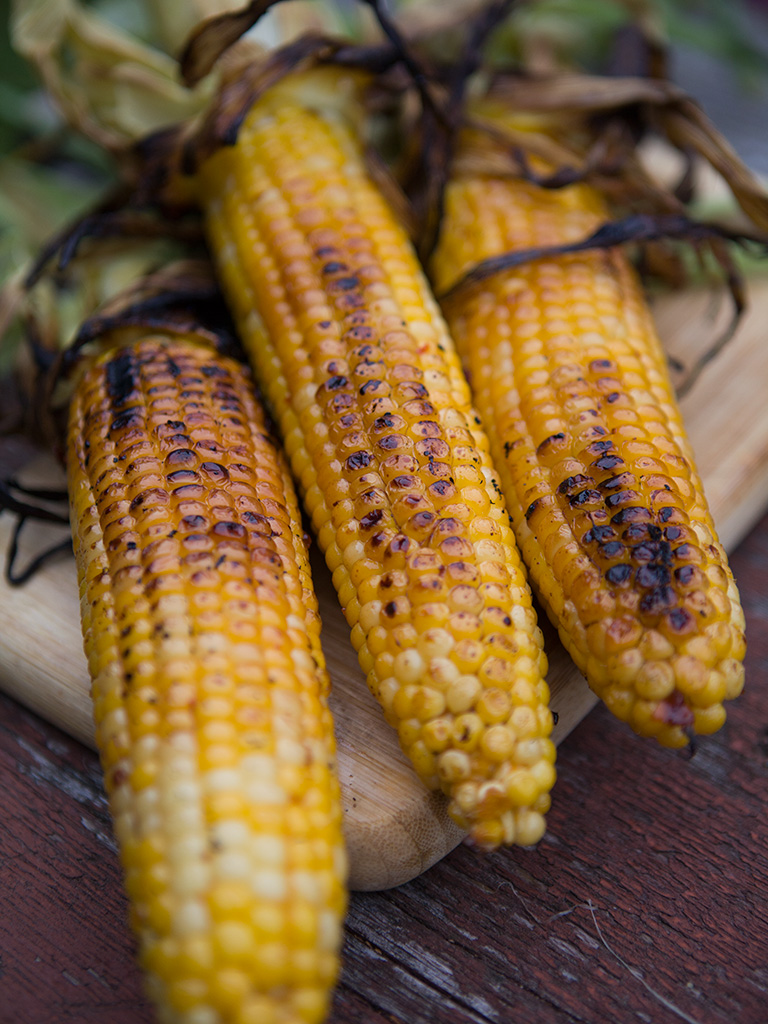 Well here we are day 4 in Gananoque Ontario, the time has certainly passed by very quickly and what do you know the last day it started to rain! But what’s camping without barbecuing in the rain. This morning we decided to get up bright and early to make a visit to Alexandra Bay just in the border of the United States. It’s a small town just south of one of the main 1000 islands. There wasn’t much going on for our likings a bit touristy if you know what we mean. We did buy some fresh corn however from a nice farmers vegetable stall which Trish made for dinner tonight. We found a nice small town called Rockport just off the 1000 Islands Parkway back in Canada where we decided to have lunch in a pub called Cornwall’s. 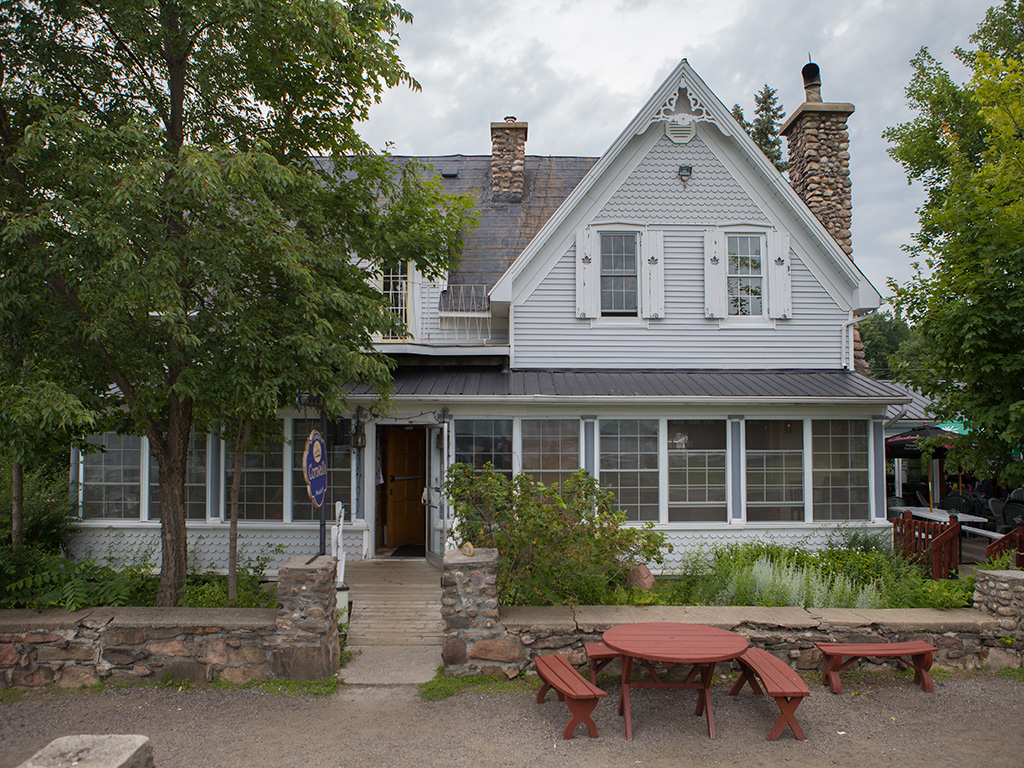 Once a general store, now this land mark is a quaint family restaurant and pub located in the heart of the 1000 islands overlooking the St Lawrence river.

Later on in the day we decided to take one last drive into Gananoque and have a beer in our now new local pub The Stonewater Inn. It’s going to be hard to say goodbye to this nice town since there’s so much to do like, biking, hiking, kayaking and of course having a beer with the locals.  You can’t go camping without barbecuing and what better to barbecue them fresh corn on the cob! Instead of smearing this corn with vegan butter I decided to make a maple syrup glaze with a little spice. I put some chipotle peppers, the kind that are in a can with adobo sauce. 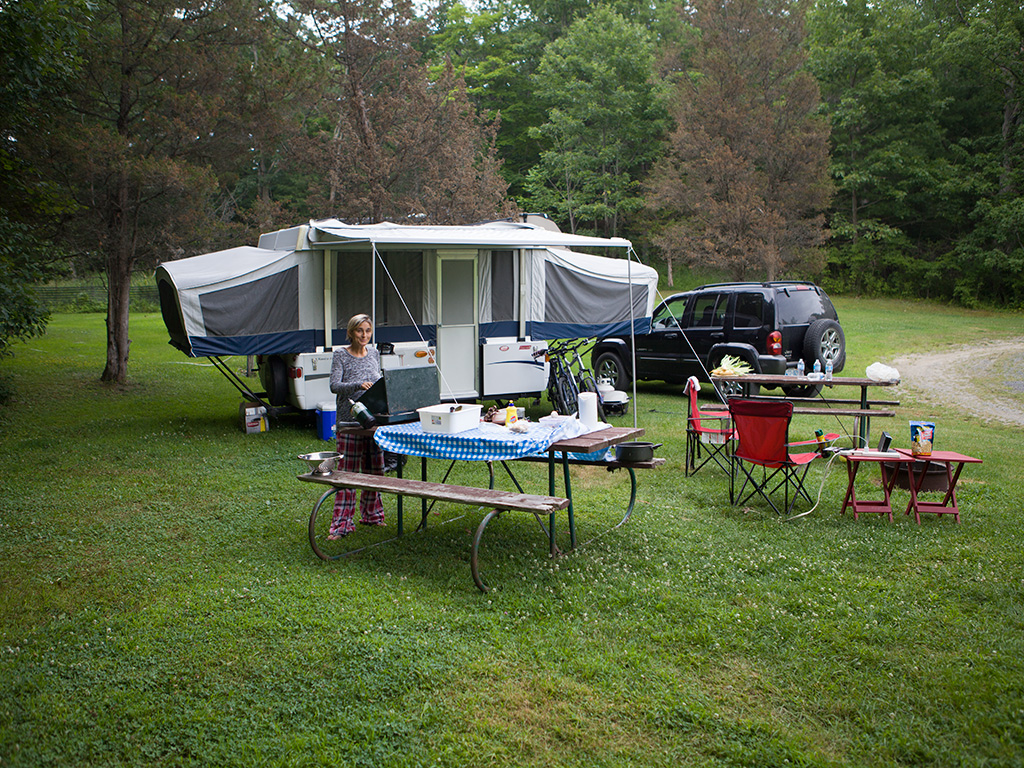 Tricia making the maple glaze before the clouds rolled in and it started to pour! 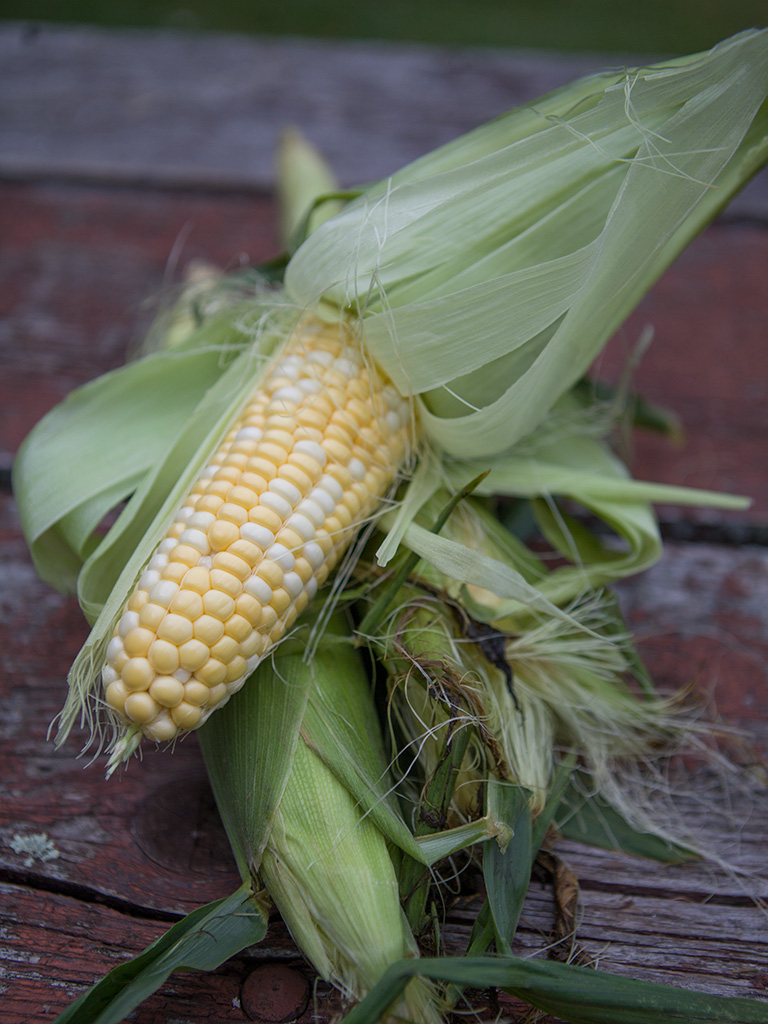 It’s best to buy corn with the husks left on for this recipe. It makes cooking on the BBQ much easier! 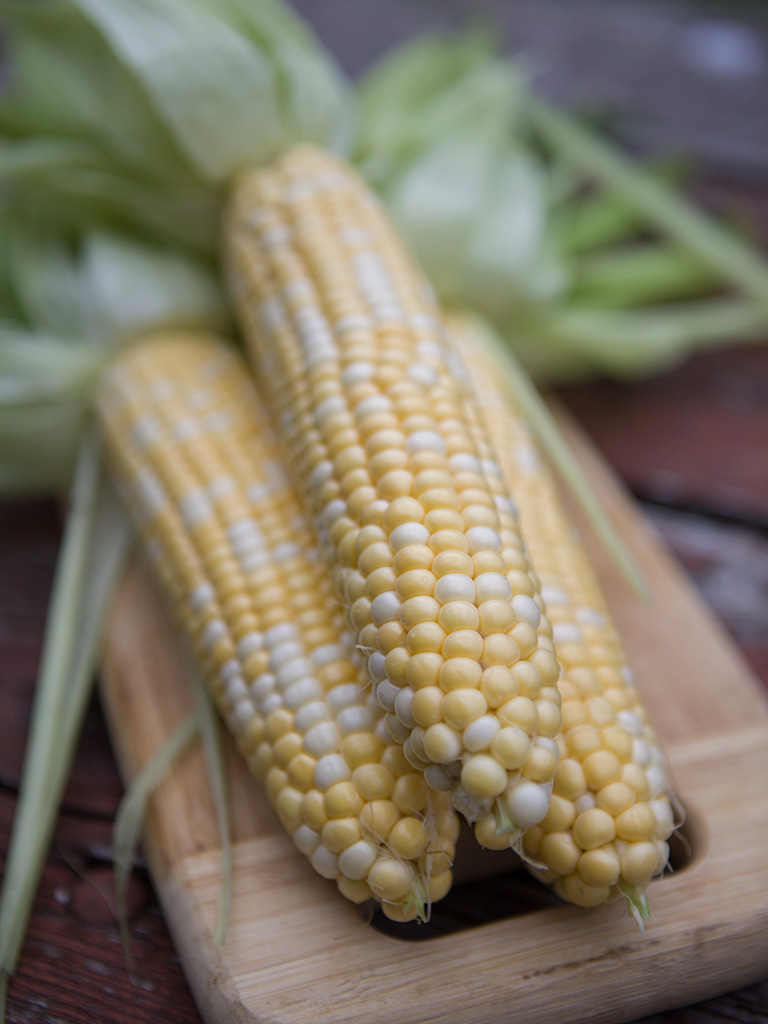 Pull husks back and remove silk from corn. 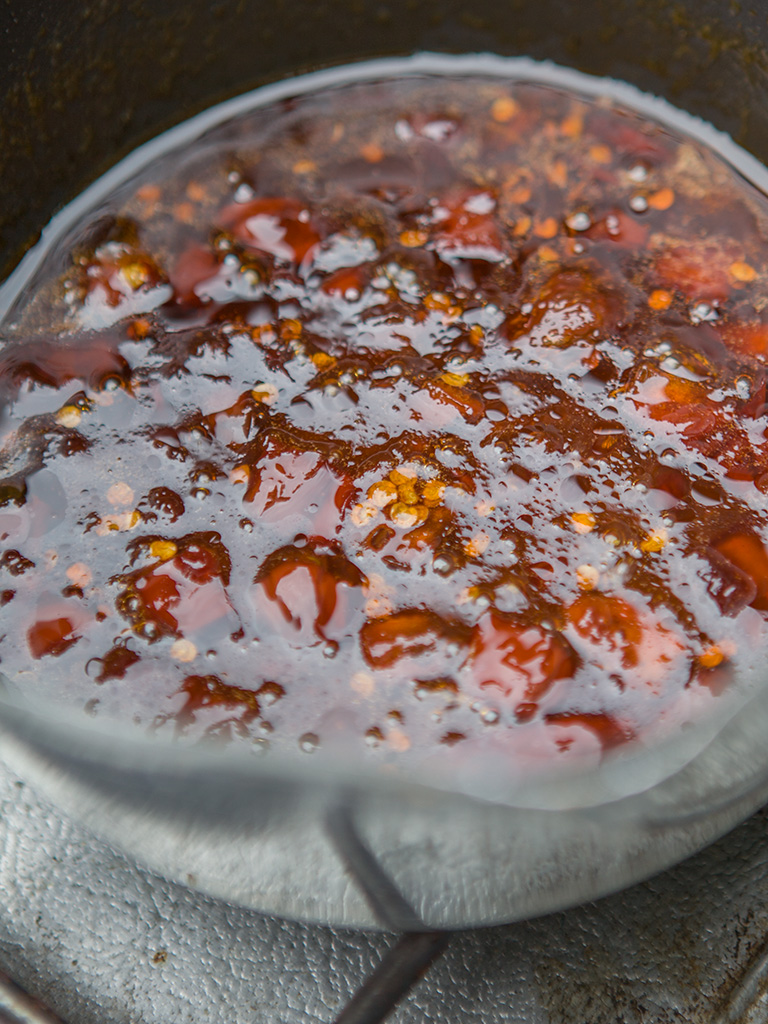 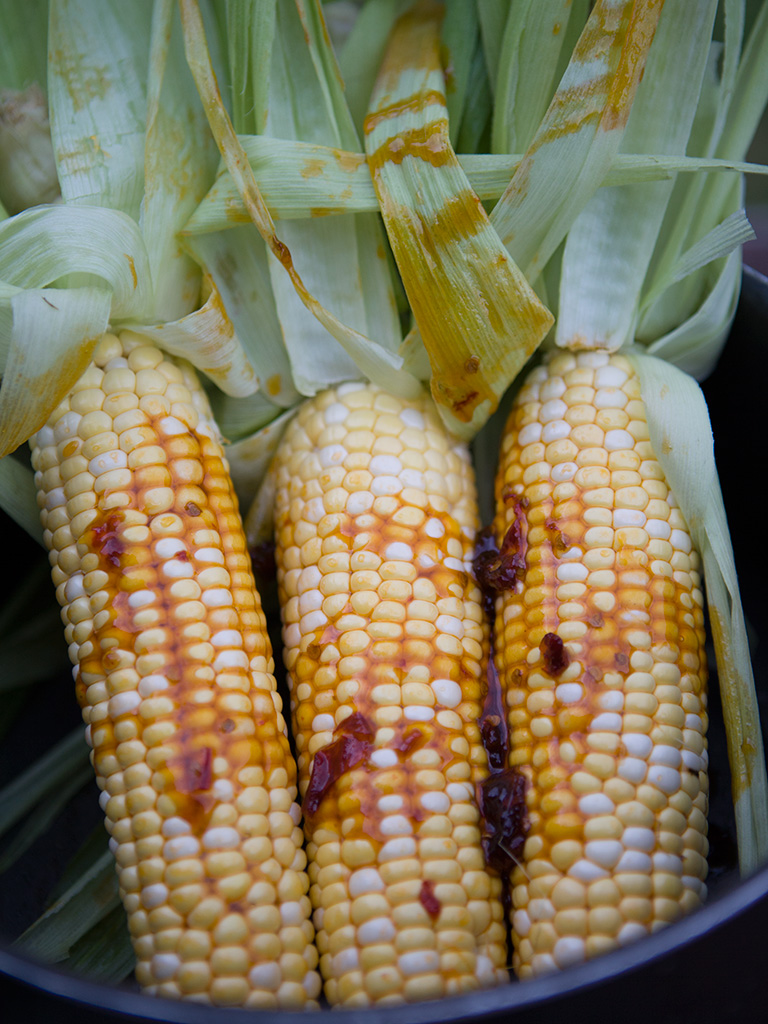 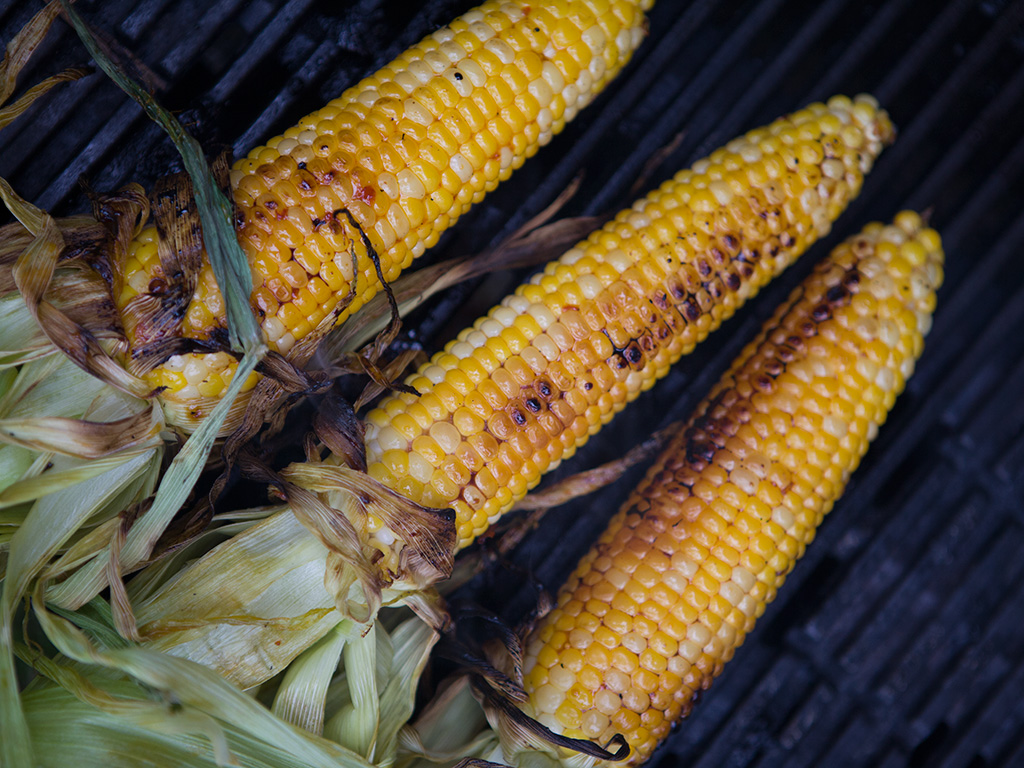 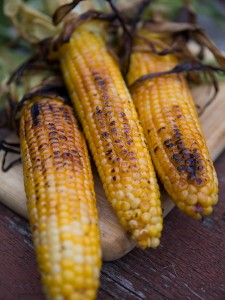